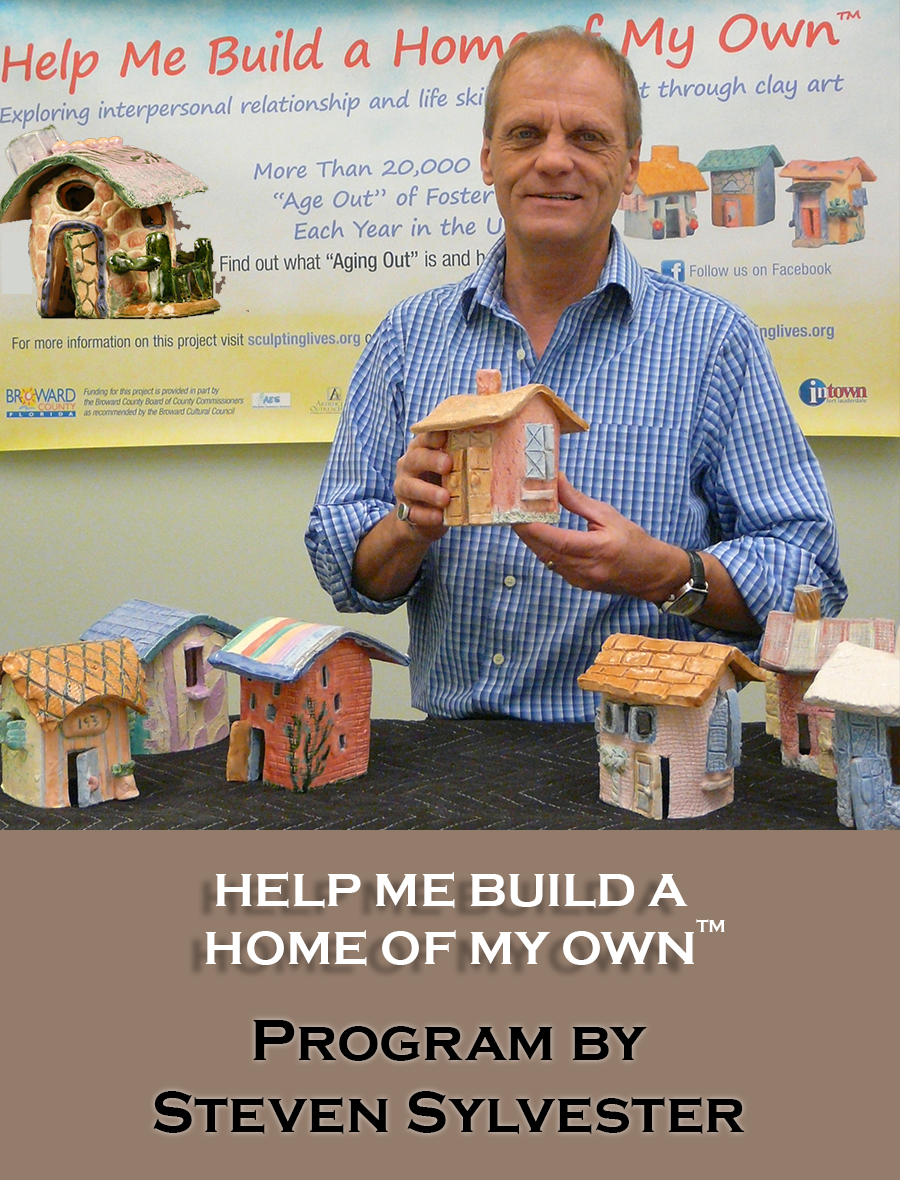 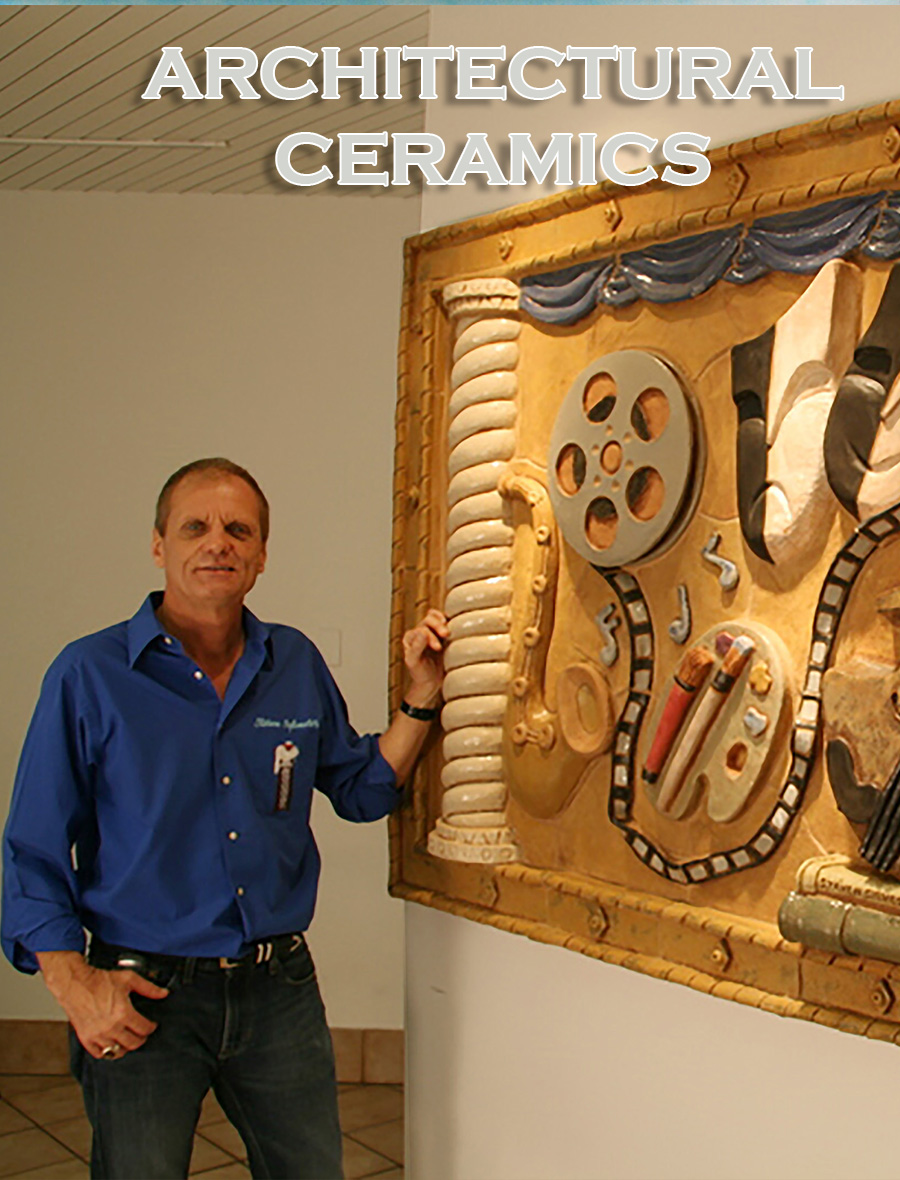 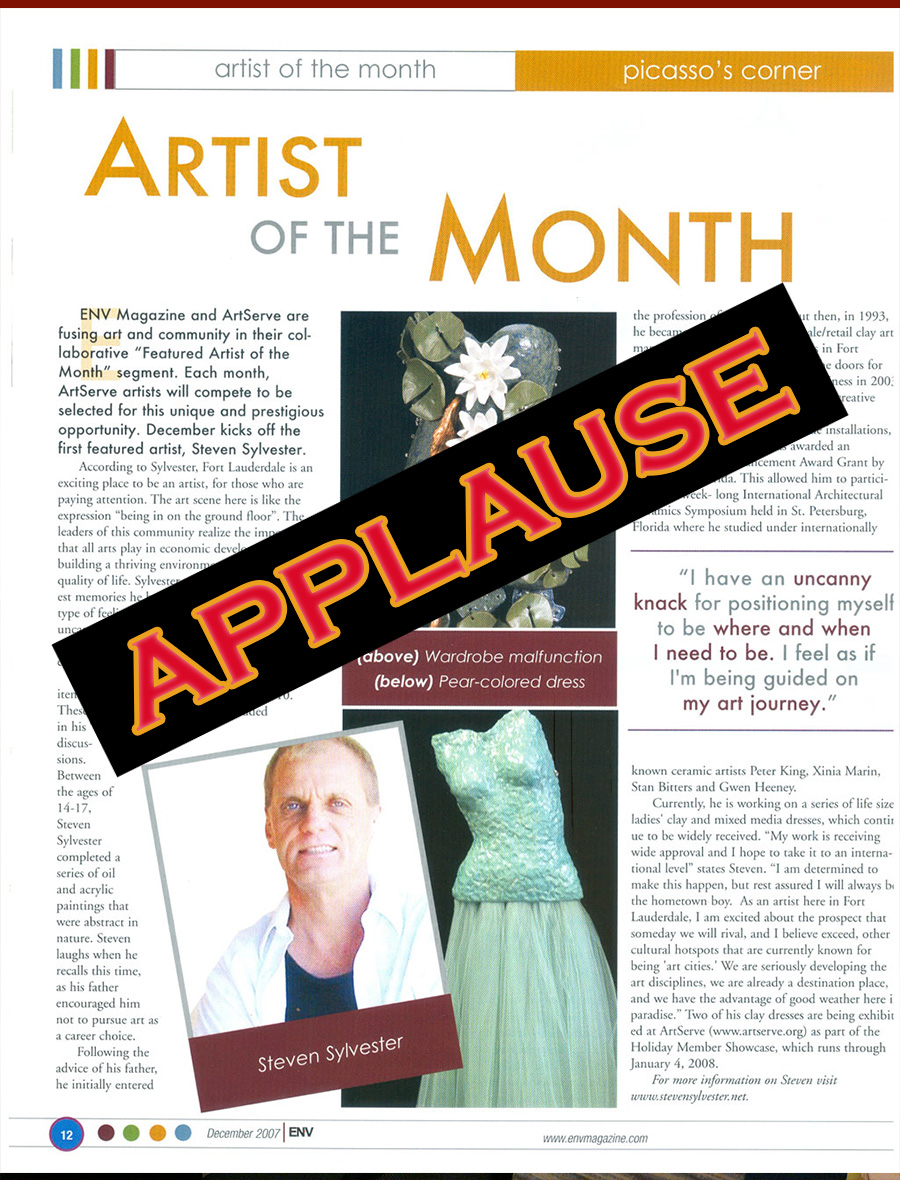 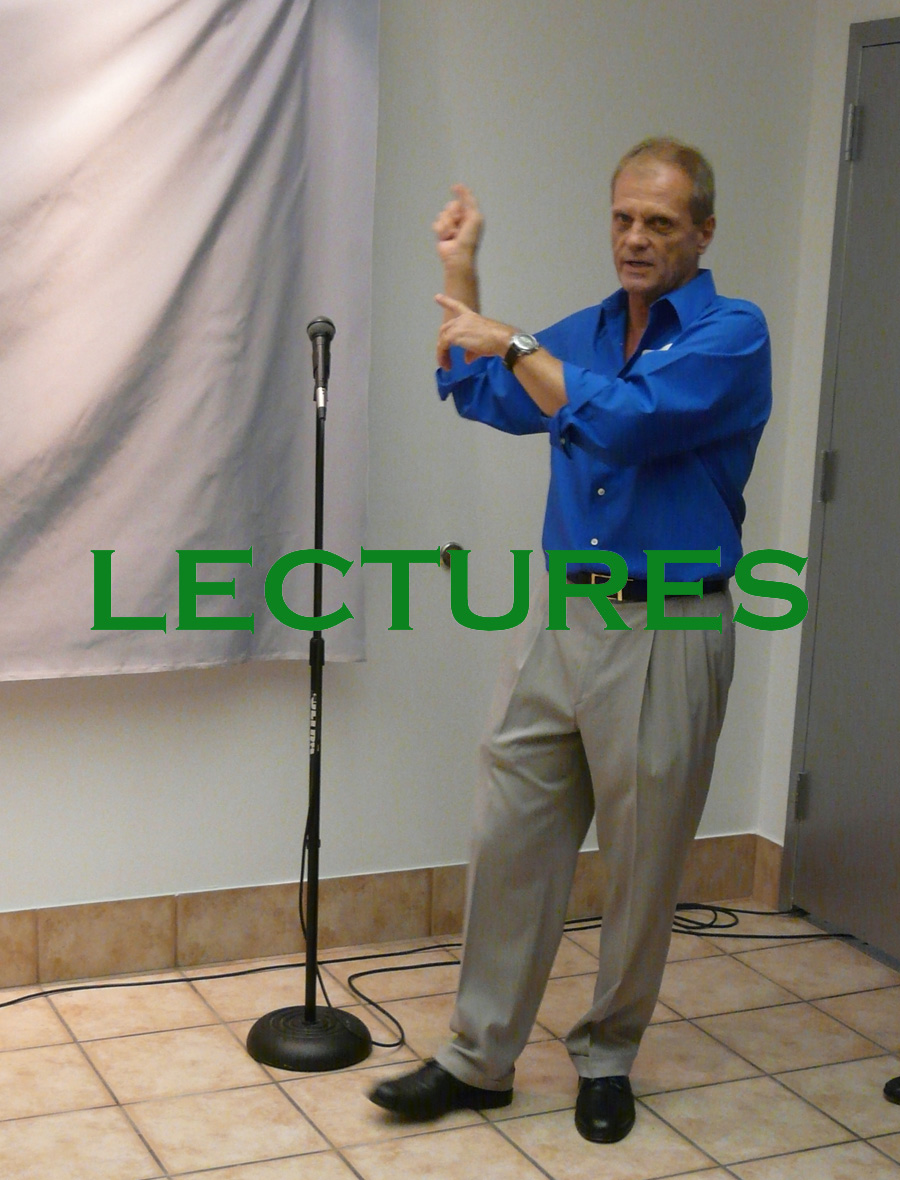 Unveiling of this 4 foot by 7 foot architectural ceramics wall mural commissioned by ArtServe occurred at the celebration of ArtServe's 20th Anniversary August 20, 2009 at the ArtServe building, 1350 E. Sunrise Boulevard, Ft. Lauderdale, Florida where it is permanently installed in the lobby. This fired clay art represents music, film, theatre, literay arts, dance and the visual arts. It was constructed with open studio time, open to the public who could view the progressive construction of this form of art.

Funding for the 12 open studio sessions and accompanying 12 lectures was provided in part by the Broward County Board of County Commissioners as recommended by the Broward Cultural Council.

ArtServe commissioned artist Steven Sylvester to design, develop and install this beautiful wall mural constructed of clay, similar in composition to bricks used in the construction of houses and also the Chinese temples that have endured for centuries.

FRIENDS OF ARTSERVE WALL MURAL (Below)